Into the war zone for the Gospel 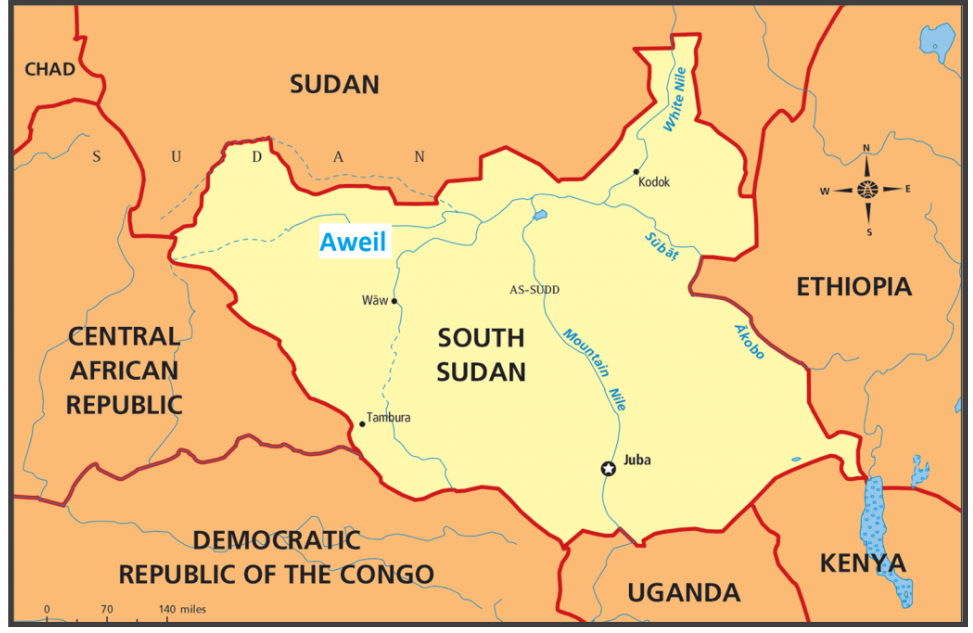 Pastor Santino Yuot came to Australia in 2004 after escaping war in Sudan, where he settled in Auburn Sydney with his wife and six young children. Born in South Sudan, he started working early as a ‘cattle keeper’ and fisherman before he was even in his teens. His objective was to sell fish and buy a cow, to help get a wife as is the custom. He moved to the north of the country for work in Khartoum at 13 years of age, where he felt the call into ministry.

In moving to Australia as a refugee, he began working as a translator and then became a teacher of Dinka, a main language of South Sudan. Whilst supporting his family and church here, his ties to his home country remain very strong. Even when in Australia, he had to go back to pay the 40 cows to his wife’s family that he owed them as a ‘bride price’! For over 9 years, he has been preparing the ground to train pastors and teachers in the Gospel, in English and in Dinka. Last year he trained 135 pastors and teachers in the Aweil area 2 hours by plane north of Juba, and this year in December he will be training 150 pastors, to become ‘train the trainers’. It is people like Santino that AE is very keen to support to evangelise the cities of Africa in word and deed in partnership with the church. Please pray that we will raise the necessary financial support to teach and support a training centre in this war-ravaged area. 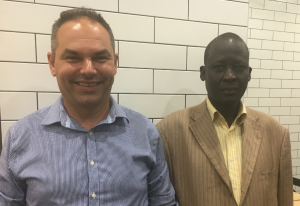 Earlier in the month, AE convened a Trauma Healing forum in Juba,  seeking to enthuse the state & national government education officials on the need & importance of Trauma Healing interventions, with a focus on educators in South Sudan.  Life in the capital Juba is relatively peaceful, on Monday 14th October 2019 HE Salva Kiir (the President of South Sudan) hosted regional Heads of States for the launch of “Peace Talks” in Juba ahead of November 2019’s formation of the Transitional Government of National Unity as required by the revitalized peace agreement signed by the warring parties led by Kiir & Machar. However those talks have since stalled.

According to AE South Sudan Mission Coordinator Williams Muchari, some of the Church Leaders he’d spoken to emphasized the need for fervent prayer saying that any disagreements between the two political leaders could collapse the peace agreements and mark a return to war. “Inflation in South Sudan is currently at an all time high and basic commodities are way beyond the reach of the common people”, he said. “Civil servants are going for months without pay and local media have been reporting that this is also worsening the security situation across the country”.

Please pray for us as we work toward AE’s implementation of new leadership program in November. This will involve equipping school teachers and administrators with practical trauma healing skills in addressing and debriefing children affected by trauma, run in collaboration with Bible Society South Sudan & the Ministry of Education.