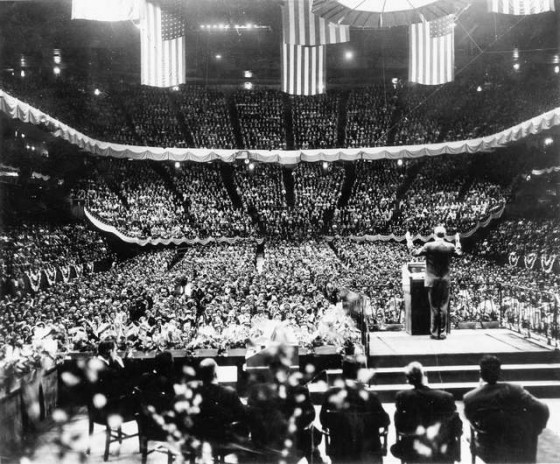 I guess the very heart of the AE vision that has brought us to this great sixtieth anniversary day would lie in the very nature, context and wording of the Lords clear call to me in Madison Square Garden in 1957 during the Billy Graham New York crusade (photo). Can you imagine. I was visiting relatives in USA during a summer vacation during my university studies in England and was invited by a student in Fuller seminary to go down to some of the crusade meetings. There, night after night, I heard Billy Graham faithfully and clearly preaching the Gospel. I was touched and stirred. In fact, inspired.

One night after one of the meetings I was down in the basement of Madison Square Gardens where people where respondees were being counseled. I was pensively walking up and down and reflecting on what I was seeing. Then, like Isaiah, I can say, “I heard the voice of the Lord…” (Isaiah 6: 8) It was a pivotal moment in my life and the Word was clear and unmistakable. “Why not in Africa? I want you to do evangelism in the cities of Africa.” Over and out! I was startled, even shocked, because I only saw myself as capable of evangelizing young school boys as a Christian School master and I was terrified of public speaking. I tried to protest my inability but the message of the Voice persisted and that night I left Madison square gardens a called man.

And it was on that word and that experience that AE came forth with its vision “To Evangelize the cities of Africa through word and deed in partnership with the Church.” The Lord brought many others to share in this call and that is why 60 years later we are here celebrating the anniversary of the launching of our ministry in the mission to Maritzburg in 1962.