An update from Nii Amoo (Chairman of AE Ghana’s Board) 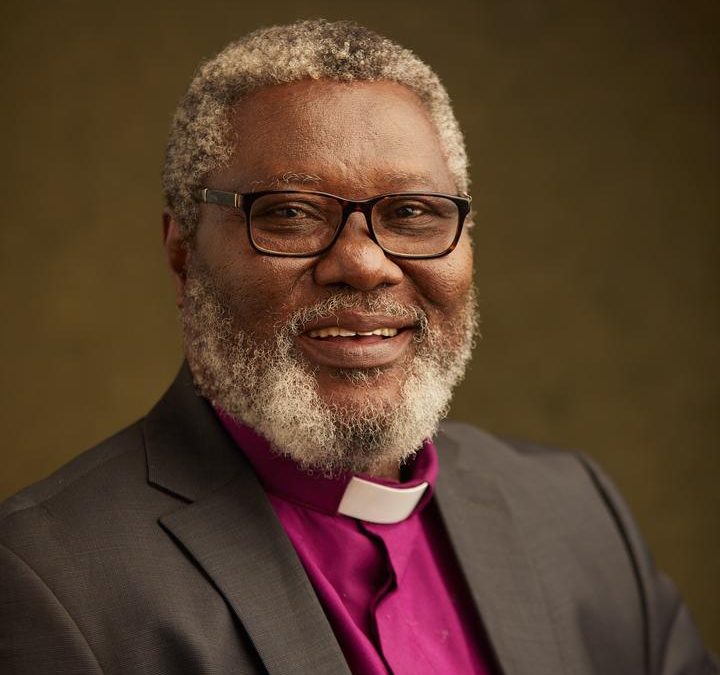 I am presently the Chairman of AE Ghana board and live in Accra, the capital city of Ghana. I have been in ministry for the past 41 years in various capacities. I have served as an evangelical leader in Ghana were I had led teams to Dr. Billy Graham’s gathering of evangelist in Amsterdam and also to Luasanne in Malina in the Philippines. I was part of the initial planning team to the last meeting at Cape Town, South Africa. 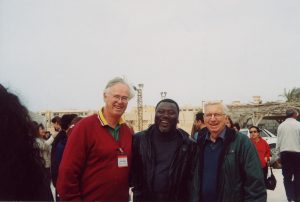 I have served with the late Robert Williams in the Missions team of BGEA, and together with my colleague in Ghana, Most Rev. Prof. Emmanuel Asante, travelled to Los Angeles in the USA to translate Dr. Billy Graham’s sermons into our local dialects for the purposes of evangelism in Ghana.

I have served in the Ghana Baptist Convention as Pastor for 34 years and as a Vice-President for 7 years. I was the founding team leader of African Enterprise Ghana, responsible for the sub-region of West Africa and at one point the Pan African Missions Director and also as Deputy International Team Leader responsible for North and West Africa. I currently serve as the Ghana AE board chairman and a member of the International Board of AE.

I am on retirement from my Pastoral ministry but serve as the local AE Ghana team evangelist.

At the moment, my wife of 43 years is sick to the point of death. She has been bedridden for about 6 months and has developed bad bedsores as a diabetic. It has been emotionally, psychologically and financially difficult for me personally and our children as well.

I am, under God, doing pretty well; notwithstanding occasional heartbreaking episodes.

Thank you for caring for me and wanting to pray for me and my family. Please pray that God’s sovereign ultimate will will be done over the life of my wife. She is currently going through so much pain that breaks my heart.

The work of African Enterprise is characterized by personal transformation, and one of the leading success stories of people coming to Christ is the current chairman of African Enterprise Ghana Nii Amoo Adarku. It was a long pathway that led Nii Amoo to become personal chaplain to the late Ghanaian president Prof John Atta Mills, and a member of the elite ‘Council of State’ advising the President and senior government leaders, largely through the evangelistic outreach of AE.

Born to Muslim parents, Nii initially came to Christ through the work of a Christian union at school. But his pride and faith was savagely crushed when some new Christian leaders demoted him from class captain, and he vowed to punish the Christian faith through partnering with overtly anti-Christian Islamic organisations.

However his life took a turn toward restoration of faith when he married Margaret, a nominal Christian who married him on the proviso that she would be able to continue attending church. Whilst this was a start of his journey back to Christ, it wasn’t until their marriage reached a crisis point during the pregnancy of their first child which exposed to Christian TV screened at the hospital. The evangelistic message truly transfixed him, he said. “I was so drawn to the message that I had to go and get a TV for my own home and watch these programs myself”, he said. “Eventually the true message of Jesus burst through into my life, and hand in hand with Margaret in our lounge we both came to faith in Christ.”

It was at that point that Nii Amoo decided to dedicate his life to Christianity through various roles in Christian media, church leadership and postgraduate study in theology. His evangelistic work was eventually noticed by the AE leadership, and he was approached and commissioned to establish AE’s office in Accra Ghana in 1994.

Quickly taking on a number of international leadership roles within the organization, including International Missions Director for West Africa, he worked closely with the founder Michael Cassidy to introduce many of the innovations that characterise AE’s unique ministry today. The 1997 pan- African mission was a high point he said. “It was at this point that we introduced some of the social action initiatives such as medical outreach during mission, established the parliamentary Christian fellowship group in Ghana, North African mission to Sudan, Egypt and Tunisa and the street route marches.”

He served as Team Leader of Ghana for 15 years until 2009, and in 2010 took over as Chairman. Nii Amoo believes that his experience has been very helpful to advise current team leader Rev Ben Sachie. “In time I am due to step down in accordance with best practice of board chair tenure now in place at AE. I would really like to encourage our supporters to continue to pray for us as we continue on this important work that has serious eternal consequences for our nations. Africa is producing the most Christians in the world today, and is best equipped to send missionaries to North Africa in particular.”