128,000 Bulawayons impacted by the Gospel in AE’s ecumenical mission outreach 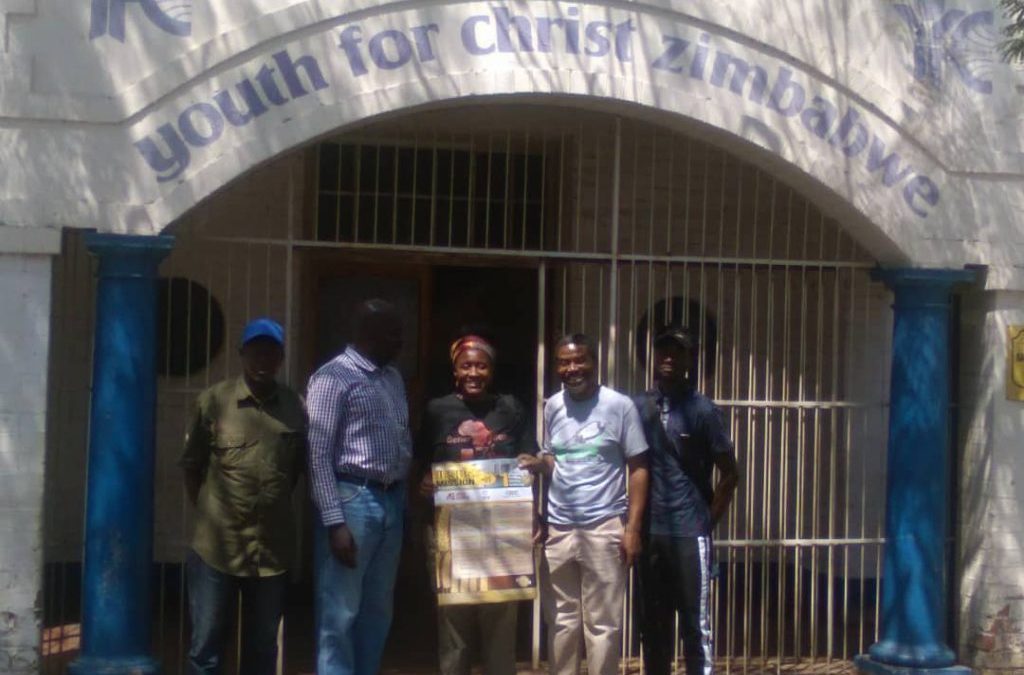 AE Zimbabwe’s mission in Bulawayo in September was in response to a city in crisis, with drought, economic carnage and significant social ills driving many of the city’s skilled workforce to Harare and neighbouring countries.

Once nicknamed the “City of Kings” due to its ancient history of raising leaders, it became a hub of heavy industry and food production, although in recent years, Bulawayo’s ability to maintain its service levels has dropped significantly.  The rise in unemployment, hyperinflation, water shortage and lack of opportunity for young people has given rise to unprecedented levels of moral decline and crime.

Adding to the burden on Zimbabwe’s second-largest city is the legacy of the Gukurahundi genocide on the minority Ndebele people based in the region, which has left a deep-rooted suspicion of government officials, which to this day has not received closure from successive governments.

AE commenced mission preparation over a year ago in consultation with senior church leaders from the area, predominately from mainline evangelical protestant ministries and independent Pentecostal ministries.   The objectives were to advance the Great Commission through youth outreach, reconciliation and leadership events;  achieve unity of purpose and celebration of diversity in the body of Christ and; to reduce the high rate of crime and corruption. 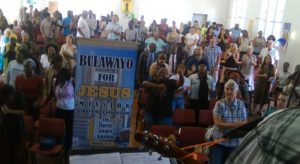 Photo –  The mission united people of all ethnicities and tribes for the Gospel outreach.

The theme of the mission that took place between 22nd – 29th September was “One city, One Church, One Gospel and One Kingdom” and AE partnered with Scripture Union, Awana Club (youth outreach), Youth for Christ, Prison Evangelistic Outreach and the Evangelical Fellowship of Zimbabwe and the mission exceeded its objectives to reach over 130,000 people (around 10% of the city population), of whom 20, 472 made a decision to follow Jesus.

During the proclamation period, over 1,000 messages were preached in factories, schools, prisons, hospitals, on the streets, in nightclubs, market places, 200 schools, seven prisons and 120 venues.

Highlights of the mission included:

The leadership mission event drew 89 city leaders for prayer and fellowship, and was led by the Mission Chair Pastor Trevor Masuku, Vice President of the Evangelical Fellowship of Zimbabwe.  The event brought together city leaders including the city mayor, University vice-Chancellors, organisational leaders from corporate and charitable groups, media, members of parliament from ruling and opposition parties and many community and ethnic groups.  Minister of State, the Honourable Judith Ncube spoke about the importance of addressing crime through embedding moral values. ”The church must continue to rise to the occasion as issues of moral decadence are on the increase”, she said.

The mission reached out to 20 schools per day, sharing life application of the gospel message to 200 schools in total with approximately 55,000 students and youth hearing the Good News.  Approximately 17,000 young people made commitments to Christ during these outreaches. One of the key issues to address amongst the youth is peer pressure leading to substance abuse and promiscuity, especially at regular so called Vuzu parties, leaving many young and vulnerable people exposed to disease, unplanned pregnancies, school and college drop outs, crime and significant mental health issues. Youth for Christ Southern Africa Director Sheneunesu Masuka spoke about helplessness in the face of youth escaping from the hard realities of life through these activities listed, and praised AE for its work toward addressing these issues in mission. “We want to be able to protect our children from this monster eating at their lives, and thanks to the Bulawayo mission for reaching out to all these schools with biblical values and life skills to make better choices in life.” 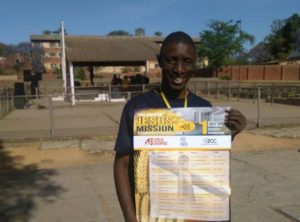 The social action component of the mission involved gifting soap, cooking oil and large storage bins to the Khami maximum security prison.  This expression of Christ’s love through deed to inmates elicited a very positive and favourable response from the prison chief, who extended an invitation to speak with inmates at the six prisons under their authority and appointed a chief superintendent to escort the mission team.  Of the 4,000 reaches, 3,000 put their hand up to receive Jesus as Lord and savior, and will be followed up by the Chaplain in charge.  Further needs for bibles, a baptism pool, and practical necessities were shared with the mission team for churches to follow up as part of the discipleship and ‘preservation’ process.  Chief Superintendent Charge Sibanda expressed how important it was for the church community to offer hope through Christ to the inmates. “This is historic and we wish more churches and corporate organisations could emulate African Enterprise and the Bula. 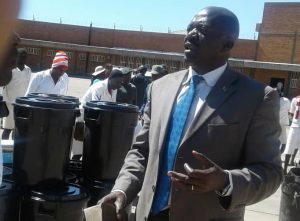 An outreach dinner event for commercial sex workers attracted 66 women, of whom 50 accepted Jesus following the talk by mission leaders. AEEZ team leader Bishop Guide Makore said the women would be taught life skills so that they could start rebuilding their lives.

“These ladies are angels, you know during their dinner they were screaming ‘Halleluiah’ more than the regular church-goers,” he said.

“I am so happy to say we will help them with life skills like tailoring, baking and hairdressing.

“We want them to do things that will keep them out of the streets.”

Bulawayo is in a semiarid climate, being close to the Kalahari desert in Botswana, and is vulnerable to droughts due to significant variation in rainfall from year to year. Although the quality of tap water is reasonable, its reserve dams are currently significantly depleted, and ground water levels of coliform are much higher than World Health Organisation standards due to sewerage and general pollutant contamination.

To curb waterborne diseases, access to safe water for the population is vital, and the use of bore water is an essential component of this.  Whilst approval for a bore hole in the Cowdray Park area is sought from the municipal council, AE Zimbabwe has proceeded with to implement water and sanitation awareness and literacy programs to help protect the population from contracting cholera and typhoid. We thank God for the prayer and donations from AE supporters who have make all this possible.